How does the world feel right now? In 2005 wefeelfine.org scoured the world’s blogs for the keyword ‘feel’ and, via an artful and compelling interface, presented each author’s snippets of text and images as a beautiful representation of the mood of the world. Jump forwards to April 2010 when 50,000 websites integrated Facebook ‘Like’ buttons in the first week of its availability. Now with the growth of Twitter, that flow of micro-opinions and feelings has become a torrent. Social media clearly likes to express personal opinion.

Mid way between the pure art of wefeelfine.org, and the visceral grunt of Facebook’s ‘Like’ is a grey area of mostly unquantified social thought. That’s where sentiment analysis (also known as opinion mining) resides. As its tools and techniques become more sophisticated it will reap valuable insights from the cacophony – for brands, governments and researchers to understand the feelings of the masses, and then respond to them – without the need for surveys, polling call centres, or focus groups.

The way it works is via natural language processing which uses algorithms to understand the context within which people’s opinions reside. For an in depth theoretical overview of this area, Bo Pang and Lillian Lee’s book Opinion mining and sentiment analysis has plenty to absorb, but in essence, a sentiment analysis service will rate statements as either positive, negative, or neutral, and add up the results. For example, a YouTube comment such as ‘The Social Network sucks’ is clearly negative, whilst a blog saying, ‘The Social Network is not factual, but does capture the essence of the character’, is either neutral or erring towards the positive, and someone tweeting, ‘OMG u mus c JT in #socialnetwork :-)’ is positive but needs a lot of syntax interpretation. The most sophisticated forms of sentiment analysis are yet to come, but already the technology exists to rate the strength of feeling and weight key influencers amidst many other factors.

Since context is everything, these algorithms will inevitably have a wide reaching impact upon search engines. According to Google’s Matt Cutts, Google Search is already using Sentiment Analysis for reviews, and they filed for a patent back in 2007. Consider, for example, searching on the phrase, ‘antenna problems with the iPhone 4’. This complex question requires a fair bit of individual research and unpicking from the search results, and while the answer is interesting to a member of the public, it’s vital to the manufacturer. You can be sure Apple was listening closely to the noise on the web before they gave away US$100m worth of free iPhone 4 bumper cases.

Financial markets are also interested in turning the fuzzy into facts with companies such as Thomson Reuters exploring sentiment news in the form of Market Sentiment, but it is in the branding sector that sentiment analysis is seeing the most visible evolution. Over the last ten years the concept of customer engagement has grown due to the fragmentation of market segments and customer loyalty. The rise of social media has opened new ways to review global opinion, with Nielsen Buzzmetrics being one of the first to collate and display the user trends.

The principal is that you type in a brand name or subject and the sentiment analysis service will return a dashboard or chart analysis of the positive, negative or neutral opinions from the social web: Twitter, Facebook, Social Networks, RSS feeds, 100 million blogs.

A lot of big brands are already using these services from the larger players. We see Paypal, Nokia, Skype, Xerox and Ogilvy using Alterian; The Economist using Jodange; AT&T, Barnes & Noble and Playstation are using Lithium; Nokia, Roche and HSBC are with Sysomos; Adobe, National Geographic, 3M and Dell with Radian6 ; Wiley, Vodafone and T-Mobile with Attensity; AOL, Nissan and Marriott with Clarabridge; and The Body Shop are with Brand Watch.

Smaller solutions are also available, such as Chatterscope which allows you to monitor sentiment changes via simple alert messages. And Evri has released their Vibology widget which can be embedded in any web page to show a similar rating meter.

These products are already mature enough to use standardised processes for harvesting, cleaning, processing, and delivering results to sophisticated analytics dashboards. The more developed sentiment analysis companies (above) are correctly perceiving this is vital for Customer Relationship Management, and that they need to provide the correct tools to Marketing Managers who will want to tailor their campaigns based on the results they uncover.

However, it is also an emerging technology, one which requires a lot of artificial intelligence inspired computing to glean relevance – not only from languages other than English, but also from emoticons, acronyms and social media grammar – without which a lot of Twitter would be unreadable. Until these issues are fully resolved, the biggest caveat is therefore on accuracy, and the efficacy of the ratings. 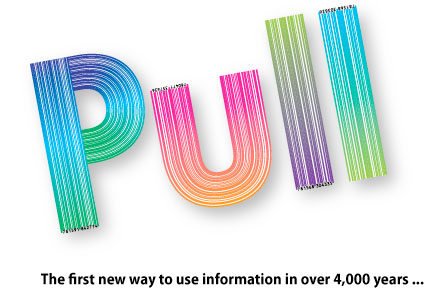 Pull: The power of the semantic web to transform your business

Pull: The power of the semantic web to transform your business
© 2018 Scott David / Patterns in the Data