Micropayments: are we ready yet?

Finally, not only is there strong momentum behind micropayments, but active models of trade in place. Big players like Rupert Murdoch’s News Limited, Fremantle Media and even the British Government have moved into the arena. And Google has been asked to lend a hand. Written with my colleague Mike Hanley, this article was published in the August 2010 edition of The Australian Financial Review’s Boss magazine.

Could tiny payments be the killer app that saves businesses suffering from the profusion of free content?
The news industry is just the latest in a line of businesses whose profitability has been destroyed by the whirlwind of the internet. The music industry has suffered from pirates for nigh on a decade now, and the film and television industries are only just coming to terms with their own piracy, distribution and copyright issues. But those who produce digital content – publishers of journalism, music and video, for starters – see light at the end of the long and dark tunnel: micropayments. Others think the light is just another oncoming train.

Since the very beginning of the world wide web, commercial content producers have dreamed of being able to levy a charge, no matter how small, on those who access their product, and thus be rewarded in direct proportion to the number of eyeballs or ears they attract.

The system was first promoted by the web’s inventor, Sir Tim Berners-Lee, in the mid-1990s. Berners-Lee, who remains director of the web’s standards body, W3C, set up a working group for the development of a standard language that would allow websites to incorporate a common system for micropayments for content. But the W3C’s standards never got up. That put paid to the dream of a universally accepted standard for micropayments, but it was far from being the last word on micropayments.

By far the largest form of e-commerce – accounting for some 40 per cent of global download traffic, the $50-billion porn industry has driven some of the most significant payment innovations, from secure online credit-card payment gateways, through third-party payment gateway solutions. It invented the affiliate model of web marketing (where different sites promote others, offering payments for traffic), set up premium dial-up internet gateway phone lines to pay for content on a per-view basis, and invented payments via mobile phone accounts. But in recent years it has succumbed to some of the same strategic pitfalls that snagged its competitors in the news and music industries – the tendency for some players to give product away for free, in the hope of attracting eyeballs and advertisers; and piracy.

Industry figures report video sales have been falling by 15 per cent a year since 2005. Online content, once a major source of profitability for the sleaze merchants, has recently plummeted as a number of sites, based on the YouTube model of user-generated content, have started giving it away for free. What’s more, the growth of social media sites has cut into their market – as those most likely to access porn are now spending a larger proportion of their internet time updating their Facebook pages instead. at the same time, the industry is facing increasing threats from piracy, file-sharing and new adult-oriented social media where content is shared.

Meanwhile, in the non-adult payments sector, the last decade has seen a plethora of payment models come and go. Ventures such as Flooz and Beenz attempted to create widely accepted online currencies – users could buy Flooz or Beenz with their credit cards, and then use them to purchase content or products online. But these never achieved wide enough acceptance, and failed. CyberCash developed an early model of an electronic wallet, and launched a trial version of a micropayments system that crashed and burned before the company fell victim to the Y2K bug – when credit-card payments were double billed on its system.

Other online payment systems have been more successful, particularly online currencies used within particular games or services providers – Linden dollars, for instance, the currency used to make purchases in Second Life; and Microsoft points, which are used as transaction fodder within the Xbox Live environment.

For larger payments of more than a dollar, there are plenty of successful models to choose from – from PayPal, which operates more than 75 million accounts and provides a trusted and widespread method of transferring funds from buyer to seller – to Apple’s iTunes, originally for music, and now for movies.

Rupert Murdoch has said that News Ltd will have a micro- payment model in place within a year, and that the free model cannot last. His chief digital officer, Jonathan Miller, says the iTunes model works for consumers. He suspects that a massive content producer such as News Limited might be able to profitably bundle its products – customers would hold an account with News in the same way they do with iTunes, charging content to that account – from sources as varied as the New York Post for print and Hulu for video. Both these products are currently advertising funded.

Critics of the emerging enthusiasm for micropayments say they’ve heard it all before, and that trying to charge for content that people have been receiving for free is like trying to put the toothpaste back into the tube. One of those people is Chris Anderson, the editor of Wired magazine and author of the runaway internet economics bestseller of 2006, The Long Tail. In his new book Free: The future of a radical price, Anderson argues that the immutable laws of economics are pushing prices of things made out of ideas inexorably downwards towards zero dollars. What’s more, there is a big difference between a small price and “free” – the word free gets people excited in a way that the words “one cent” do not.

By Anderson’s thinking the “content” of newspapers, music, video, games, software applications and other digital goods is worth much more when it is given away – in terms of the value that can be created by the advertising, upgrading, cross-selling and other adjacent opportunities – than when you try to charge small amounts for them. Anderson and other critics of the micropayments idea think content producers are spending precious time and resources on building payment systems, when they should be thinking of ways to exploit free content instead.

Others say that while payments systems may save music or video, it is too late for news. “Putting micropayments on the news is like putting tollbooths on the ocean,” says Marshall van Alstyne, an associate professor in information economics at Boston University and a research scholar at MIT. “Internet users, awash in a sea of information, will avoid new barriers by navigating around them.”

This is the argument that has been put forward for a decade by Clay Shirky, an associate teacher in New York University’s graduate Interactive Telecommunications Program and a longtime micropayments naysayer: “Information wants to be free,” he says. “People want to believe in things like micropayments because without a magic bullet to believe in, they would be left with the uncomfortable conclusion that what seems to be happening – free content is growing in both amount and quality – is what’s actually happening.”

The Free thesis and its proponents notwithstanding, there are many reasons why smart people think micropayments may become the standard business model for content pro- ducers. With fast-access broadband about to become almost ubiquitous around the world, video producers need a way to protect against piracy – and as iTunes has demonstrated with music, the best way to do that is to bring prices down to a level at which people choose not to steal the product. Broadcasters across the globe – from the BBC through to mass content producers such as Fremantle Media, who make Australian Idol and Neighbours, and News Corporation’s hulu.com – are looking at ways of charging as little as 10 cents per program, and the British Government is taking up where the W3C left off – building its own infrastructure for micropayments processing.

The strongest argument in favour of the micropayments model is that it is happening, now, everywhere you look, with a plethora of new models emerging almost daily. The new version of Apple’s iPhone operating system, for instance, enables developers to request payment from game players while they are playing, allowing them access to higher levels or bigger guns. Independent payment operators such as twitpay.me are even enabling payments for Twitter users. Social media networks, groping for workable business models, are frantically developing ways to charge users for stuff they are now getting for free, like games and applications. Facebook has a deal with Jambool, a micropayments company that enables social network users to create their own currencies.

Interestingly, in much of the discussion of micropayments and the internet, Google has gone largely unnoticed – strange for a 64,000-pound industry gorilla with all the pieces in place to create a universally recognised, easily integrated and widely accepted payments system overnight. The company’s Google Ads are everywhere, have massive revenues, and huge deals with all the major media companies. The system is a logging mechanism that counts clicks, adding up micro sums that pay out to people’s accounts each month. This is already a micropayment system in perfect operation, but based on advertising, not page views. With a few tweaks to the same infrastructure and a new snippet of code to drop into websites, a micropayment system that would levy fees on people for viewing particular web pages would be up and running immediately. The company already has numerous patents that position it firmly in the world of payments. It is, perhaps, only a matter of time before we’ll be paying for newspapers articles with GoogleCash. 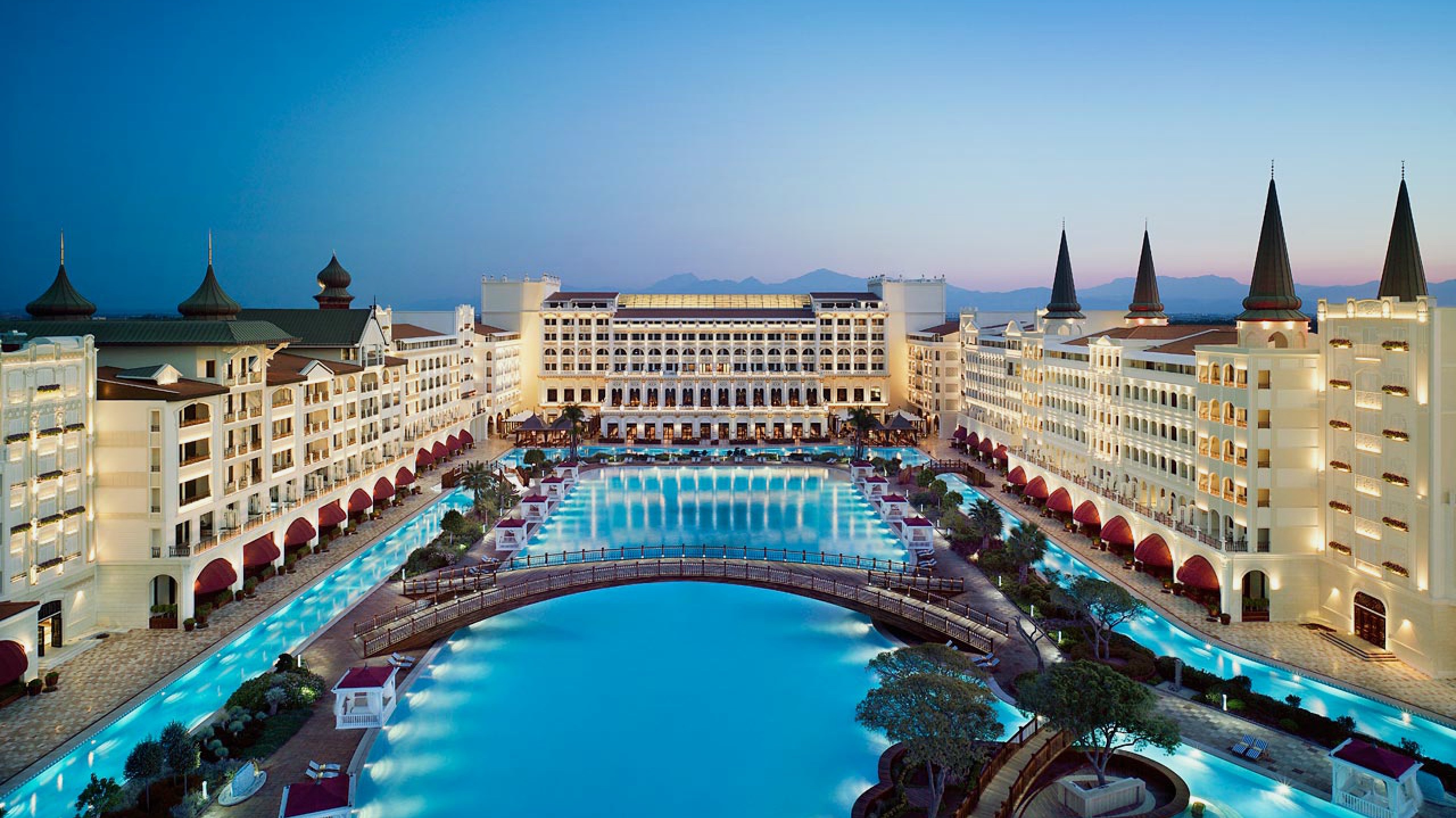 Mardan Palace, a world’s most opulent hotel
© 2018 Scott David / Patterns in the Data