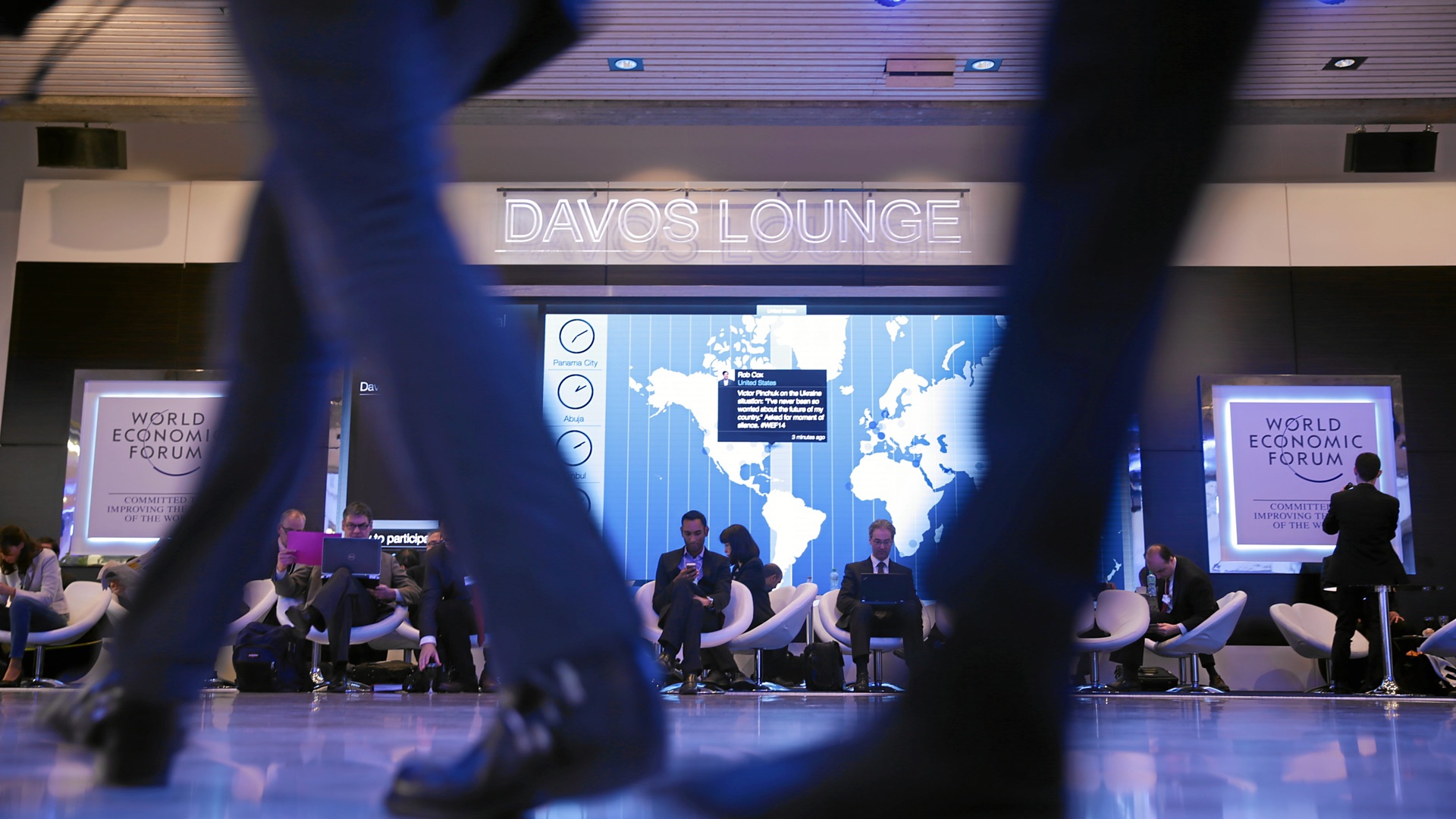 After the success of our 8.5m x 3.5m “Social Media Wall” in Davos 2013, we added extra features to it in 2014. Apart from new data visualisations and some design changes to give it a more premium feel, we included a Social Graph of our participants. This feature showed who was the best connected, and led to a surge in tweets and re-tweets among the more competitive participants. We achieved that via a data analysis algorithm and the Twitter API.

The creative process and my role
I led the concept creation and design; supervised its code Development & Quality Assurance; and ran the content programming. The aim was to keep this prominent screen fresh and interesting over the meeting’s 5 day period.

Development Team and Technologies
A team of five produced and maintained the product. This was comprised of a designer, a front-end developer with D3.js experience for the data visualisations, a back end developer who could connect the various APIs, a project manager and myself. 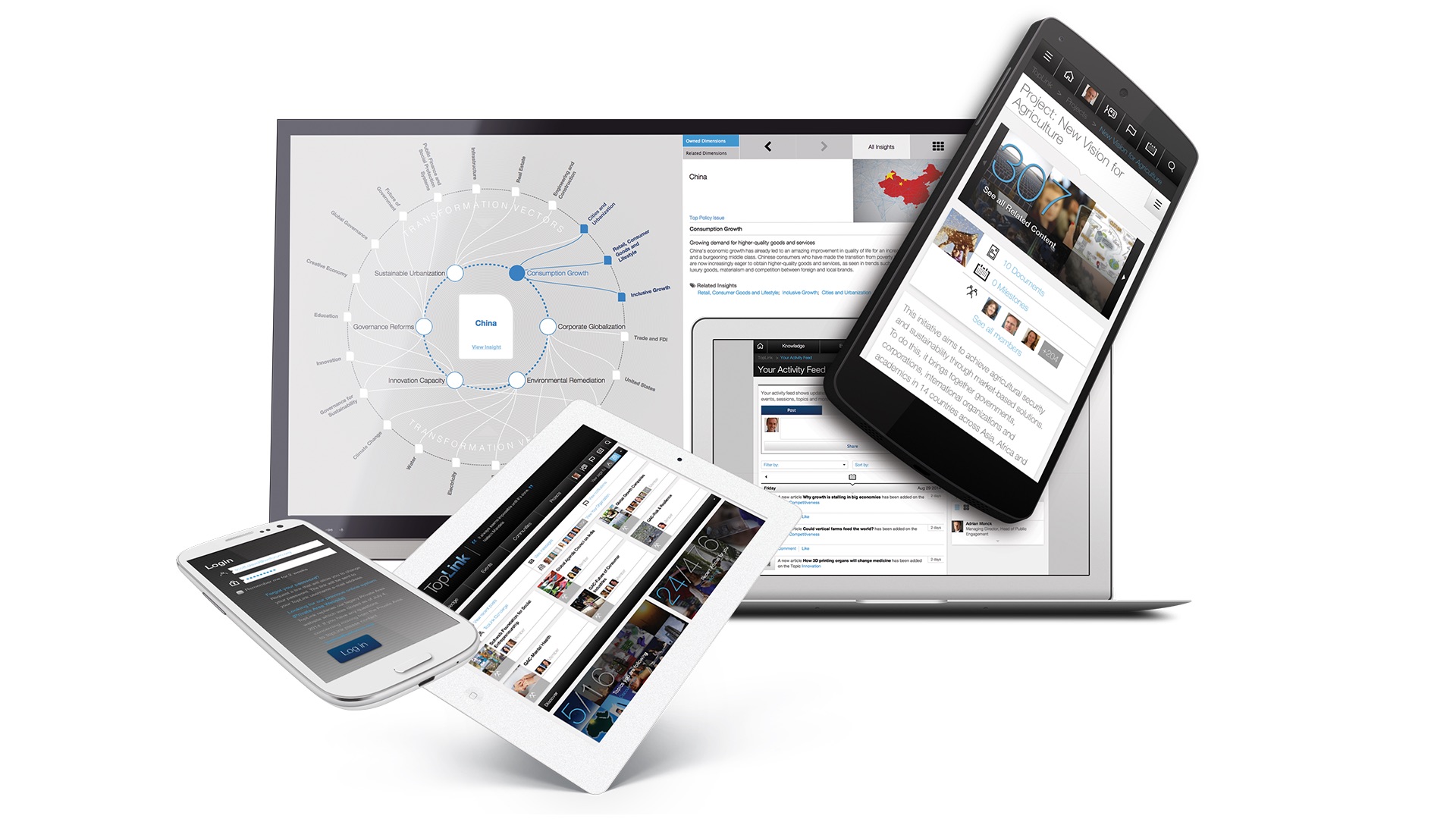