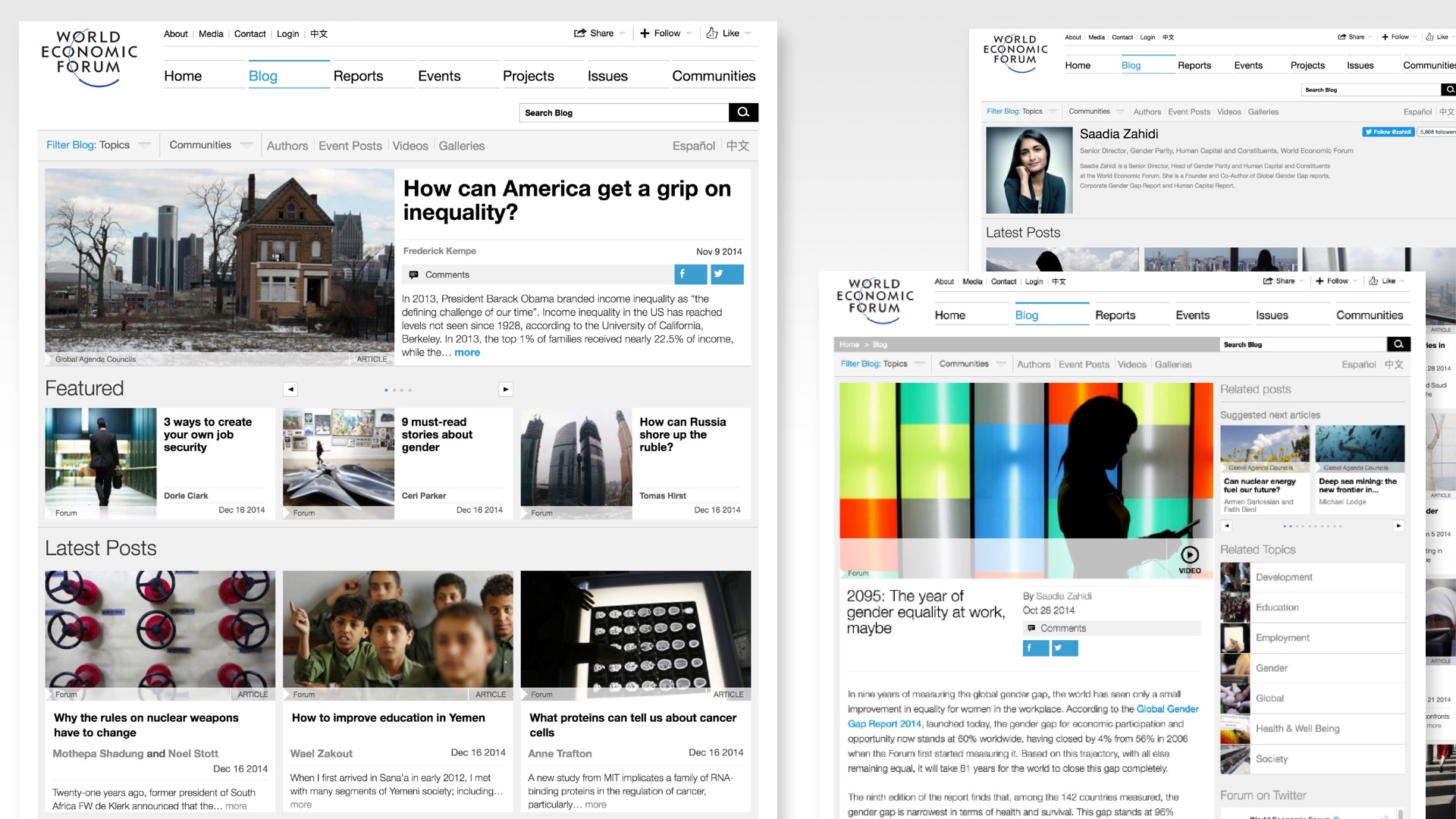 Rebuilding and scaling ForumBlog past a million unique visitors a month

The ForumBlog began its life as an experiment in content publishing back in 2010! It has now become the World Economic Forum’s primary content output channel over-taking the public website. Upon relaunch in January 2012 we saw an immediate rise of global traffic of around 300%, and an additional 400% rise by January 2013. The trend was heading towards a million unique visitors a month, in line with the Head of Communications’ objective to build the audience by means of volume publishing and syndicated articles. That meant I had to prepare the platform for enterprise grade reliability and features.

Thanks to the collaborative effort of our Communications department and teams across the World Economic Forum, ForumBlog was awarded Best Community Website in Europe in 2012. And in Davos 2013, Matt Mullenweg, the founder of WordPress (the most used content platform in the world) described it as very impressive.

The creative process and my role
I was responsible for the relaunch of the ForumBlog – leading its design, product specification, and technology build. Until November 2014 I continued to lead its product evolution, managing the design and development team, maintaining its security and performance, and enabling it as our first mobile-responsive and semantic-web platform. I have now moved my focus to other knowledge and data-driven digital products.

Getting this level of scale required me to lead the following development work, technologies and features.

Development team and technologies
The re-launch of ForumBlog in 2012 was achieved with a single super-talented external WordPress developer. He continued to evolve the platform with me until late 2014 when I engaged a 10 person development team from an external agency in the United States to take over his responsibilities! To take every aspect of optimisation and security seriously requires specialists in infrastructure, cacheing, code exploit analysis – and then you need to add a project management layer over the top of it.

The result of the above work set up our platform for surpassing a million unique visitors a month, with a way higher projected growth curve. 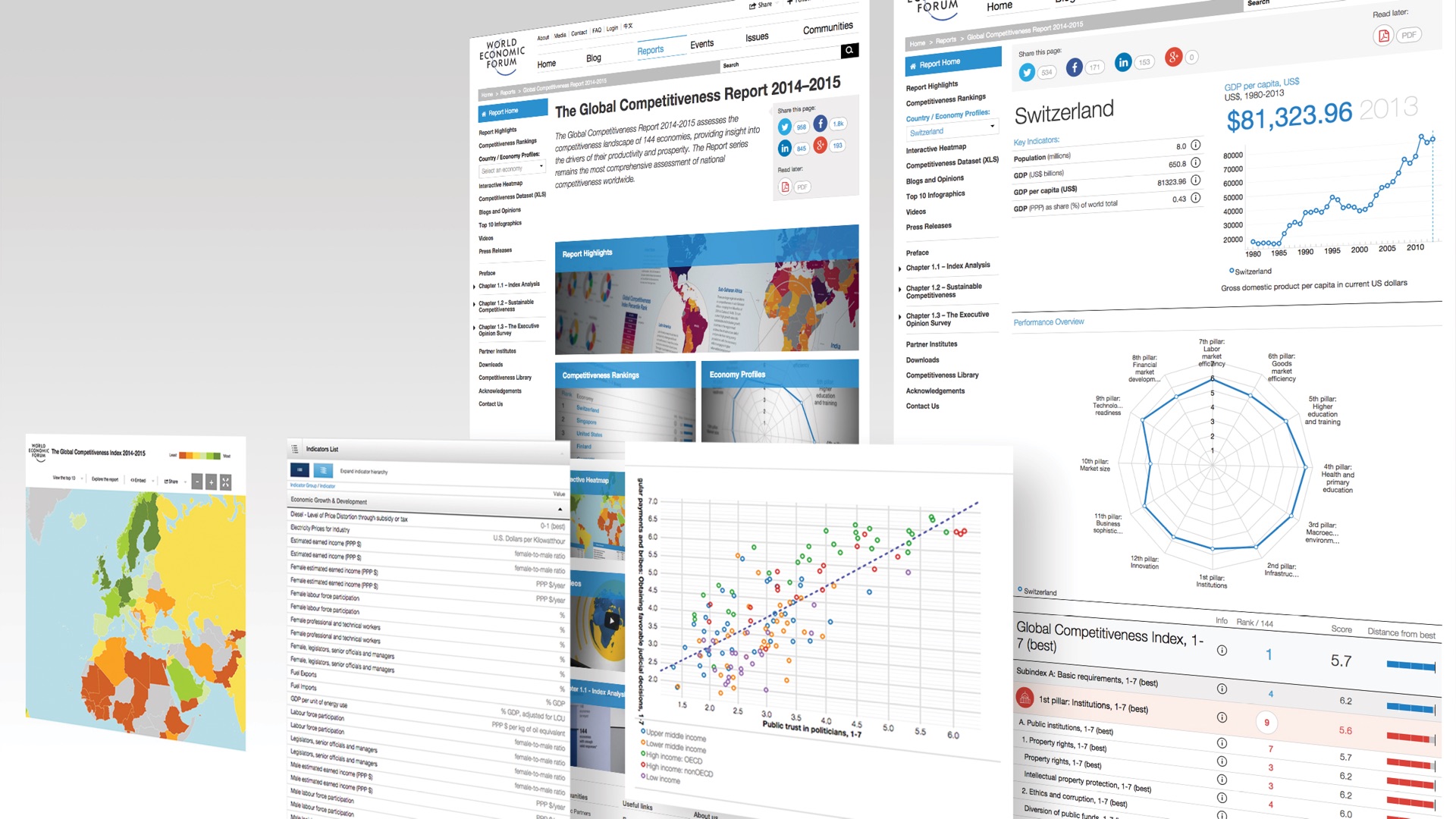 A data platform for global issue indexes and competitiveness